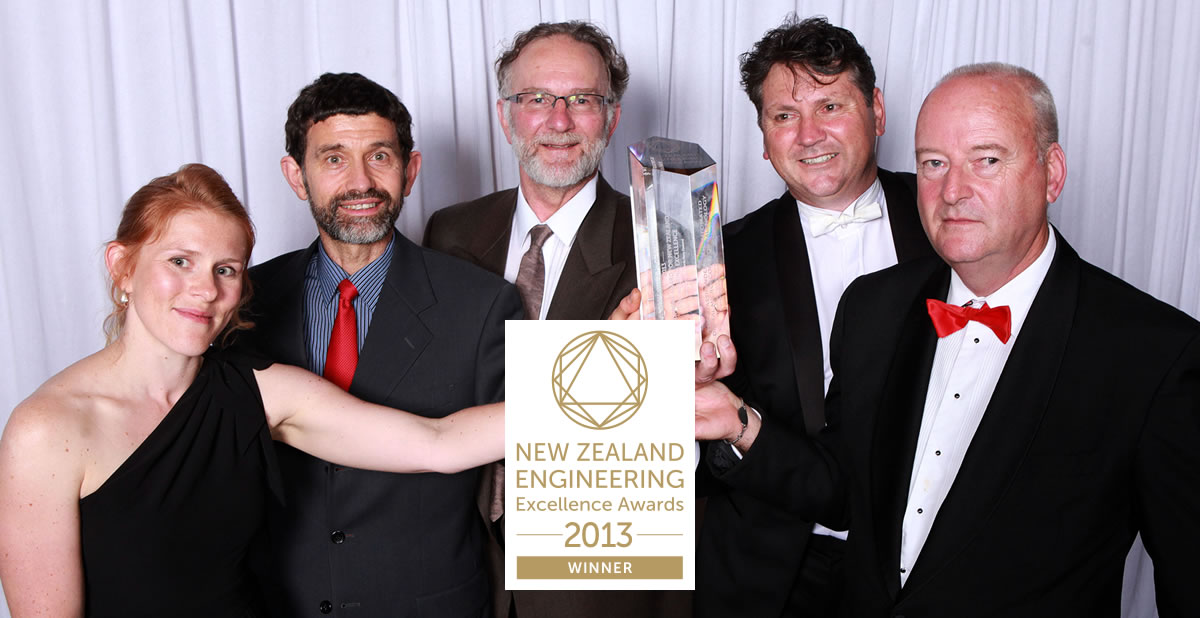 Veritaxa and Classifynder the Supreme Winner at the 2013 New Zealand Engineering Excellence Awards.

The Classifynder, developed by researchers at Massey University, can analyse and classify microscopic particles without human assistance. It promises to cut down the time it takes to find the “proverbial needle in the haystack”, says Jamie MacDuff, a member of the team behind it.

“It can automate that process, and it can carry on doing it 24/7,” he said on Firstline this morning. “It makes a big difference to a number of scientific tasks.”

One of its specialties is analysing pollen and spores, which has attracted the attention of the US Department of Homeland Security.

“In about August this year they came over to visit, and they’re interested in customs and border control application, and in forensic science – so criminal investigations, border control, tracking of drugs,” says Prof MacDuff.

“Most drugs are a plant-based material – and they can use pollen and spores to trace back the origin and sources of those drugs. They can track it back to where it was sold, where it was cut, where it came through the border and where it was grown. The history’s there in the pollen record.”

Closer to home, the Classifynder could help the honey industry weed out fraudsters.

“Expensive honey is taken and blended with cheaper honey – or even worse it’s blended with corn syrup – and onsold, and in some parts of the world it’s a major problem,” says Prof MacDuff.

“There are some regulatory requirements being imposed to analyse the honey for pollen content… so it has a big benefit to people in that industry because they really haven’t got enough scientists to do the volumes of work in that game.”

Other uses include studying climate change, as well as helping fight the deadly kiwifruit disease PSA.

“It’s been a 10-year project at the Massey University School of Engineering and the sciences group there, so we’re really riding on the shoulders of some giants who have put a lot of work into this over the last 10 years,” says Prof MacDuff.

But now comes perhaps the hardest part for the team – turning their award-winning invention into cash.